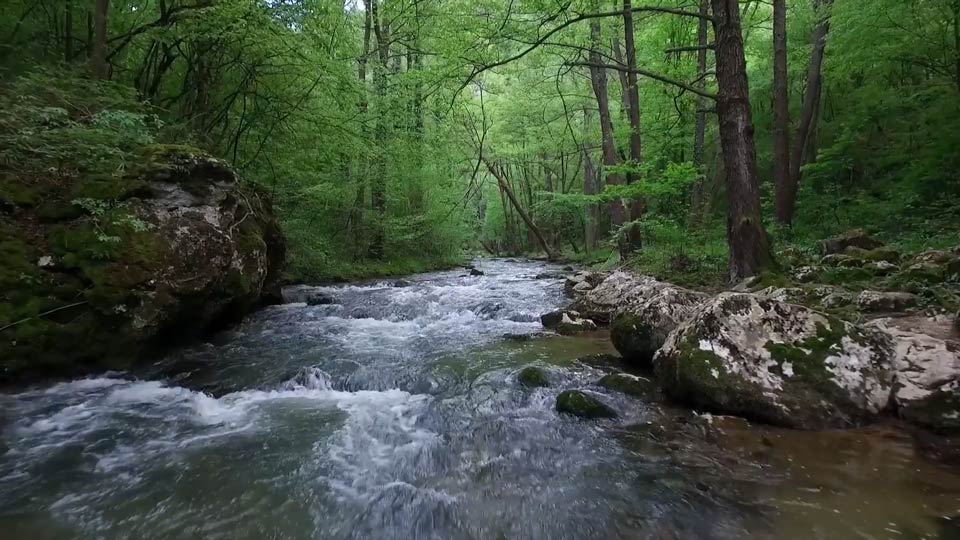 Hitting the Streams With the Watershed Academy A dozen students from Trenton, Robbinsville, West Windsor and other places in central New Jersey chose to participate in the weeklong academy to learn about stream health and biology. They went on field trips to the Stony Brook and to various spots on Beden Brook in Hopewell Borough. The weeklong course – the first of five such courses in The Watershed Academy this summer –  gave students a glimpse of the biological, chemical and bacterial methods to measure stream health. The course culminated with student teams presenting scientific poster sessions on various stream segments with their research, data findings, and possible solutions before a crowd of students, parents and Watershed staff.

Watershed Educator Samantha Bernstein said the main takeaway she wants the students to gain from the Stream Science academy is identifying impacts on stream health, “to certain things like construction on a bridge, erosion, even misusing a stream in your backyard.” Also, she said,  “I just want to see [the students] outside and exploring the streams.” The students learned about macroinvertebrates, which are miniature organisms that we can see with our eyes, and how these critters are used to indicate the pollution level of waterways. For example, leeches or aquatic worms in a stream are able to tolerate high levels of pollution and still survive. The pollution tolerance is measured on a scale from zero to ten, with a ten score meaning the organism could survive in polluted waters.

The students used their new techniques and knowledge to collect countless macroinvertebrates from local streams. They recorded their data and returned to the Watershed’s lab, where they examined the organisms under microscopes. They identified the species using a dichotomous key, which prompted them to make observations and narrow down the species to the actual one they caught. While collecting critters from Beden Brook, Jillian Dowling, 17, of West Windsor said the tiny organisms in the waterway are used “to determine how healthy the stream is and by figuring how what macroinvertebrates we find, we’ll figure out the pollution intensity of the stream.”

There was also time to fit in fun, from spontaneous stone skipping to observing the behavior of large fish and crawfish within an aquatic tank inside the Watershed Center. In the future, the students may become volunteers who monitor the health of their local waterways.

Lead Educator Nik Hanson said he hoped the students’ experience from the academy’s scientific experience was, “We want them to have a good idea of what our scientists do to take care of our streams. We also want them to know how to form their own studies in the future.” Garlic mustard is one of the most destructive and invasive species in New Jersey.

If you flip over a log, you are likely to find these little creatures with plates of armor and seven pairs of legs. You might ... Dandelion (Taraxacum sp.) Sometime around the third week in April in New Jersey, we reach the peak of Dandelion season. These bright golden blossoms appear ...