Flooding Is Wake Up Call for Gov.-Elect Murphy

Given the five-year anniversary of Superstorm Sandy, and with millions of Americans still suffering the ravages of Hurricanes Harvey, Irma, and Maria, resiliency to extreme weather should be a major issue for New Jersey’s incoming Gov. Phil Murphy.  Let’s hope he makes this issue a high priority for his administration. The changing climate and continual creep of development across the Garden State are a double whammy that portends more flood damage to homes and businesses, unless our state and local governments take bold action. The physics is pretty simple: a warmer atmosphere creates more evaporation and more precipitation during storms. As hard surfaces like asphalt and concrete spread, there is less room for water to percolate into the ground, causing more runoff.

Both of these forces appear to have been at play during the recent hurricanes. Harvey dumped more than 50 inches of rain in some areas around Houston, for example. The city’s sprawling development left little room for all of that water to go, compounding the flooding.

Closer to home here in central New Jersey, we need only recall Tropical Storm Irene in 2011 and Superstorm Sandy in 2012 to summon first-hand experiences of massive flooding. All the rain dumped by Irene overwhelmed several rivers in northern and central counties, leading to record-breaking crests along the Millstone, Passaic, Pompton, Raritan, Rockaway, Ramapo and other rivers.

These epic storms – Harvey, Irma, Irene, Maria, Sandy – displaced millions of people and exposed many to the health hazards of floodwaters contaminated with fecal matter, industrial toxins and other pollutants from overwhelmed storm and sewage systems.

As the saying goes, when you’re in a hole, stop digging.

Gov.-elect Murphy should adopt a four-part strategy to protect our state from the storms that are sure to come during his tenure.

First, strengthen protections against development near streams, rivers, and coastlines. As the saying goes, when you’re in a hole, stop digging. Allowing more homes and businesses near waterbodies will just lead to more costly damages from flooding. Unfortunately, under the current administration, regulations implementing the Flood Hazard Area Control Act were weakened to ease restrictions on such developments and a proposed rule would reduce protections against building near wetlands. Gov.-elect Murphy should reverse those moves and strengthen protections against building near waterbodies.

Second, remove imperiled homes and businesses from harm’s way. According to a January 2017 report prepared for New Jersey Realtors, nearly 300,000 land parcels are located within the 100-year floodplain in New Jersey’s nine eastern counties. And according to a column by Christopher Flavelle in Bloomberg (“A New Strategy for Climate Change? Retreat?” Aug. 22, 2016), the National Flood Insurance Program recorded 14,865 buildings in New Jersey that were damaged two or more times by flooding in the past decade, 4,373 of which were damaged at least four times.

Since Superstorm Sandy, New Jersey has used state and federal funding to purchase and demolish hundreds of flood-prone homes from willing sellers in 11 towns. Our new governor should heartily embrace this “Blue Acres” program to protect people from flooding while providing additional land to soak up flood waters.

Third, require developers to build smarter. Every time we cover the earth with hard surfaces that are impervious to water, we cause our flooding problems to worsen. But there are ways to mitigate this problem by requiring builders and homeowners to install “green infrastructure” systems like rain gardens, cisterns, or dry wells, to catch storm water runoff generated by construction projects, and use the water or allow it to gradually percolate into the ground.

Our state’s stormwater regulations require such actions to some degree, but only on large new developments. These measures must be strengthened to protect our communities from the unintended consequences of construction upstream from where people live and work. Municipalities need not wait for leadership from state government, however.

Fourth, retrofit older developments to address flooding. Much of our state was developed long before there were concerns about runoff or flooding. To really address our flooding problems, we must address developments built before these regulations were adopted.

A good time to do so is during redevelopment of old buildings. Every time a building is razed to make way for a new development or a parking lot is reconfigured, there’s an opportunity to address our flooding problems by implementing green infrastructure measures. State agencies and municipalities should seize these opportunities when reviewing redevelopment plans.

Gov.-elect Murphy must take bold action to reduce our emissions of greenhouse gases so that our state does its part in preventing the worst extremes of climate change. But he must also lead our state in preparing for the inevitable extreme weather that will bring massive flooding. Jim Waltman is the Executive Director of the Stony Brook-Millstone Watershed Association, a member-supported non-profit organization that works to keep water clean, safe and healthy in central New Jersey. Jim has worked at the National Audubon Society and Wilderness Society in Washington D.C. He is a member of the State Agriculture Development Committee, which oversees New Jersey’s farmland preservation program and also serves on the board of ReThink Energy NJ, a non-profit that seeks a rapid transition from fossil fuels to clean, renewable energy.  Jim has a biology degree from Princeton University and a Master of Environmental Studies from the Yale School of Forestry and Environmental Studies. More than 100 people heard from experts about what they can do to voice concerns about development applications. 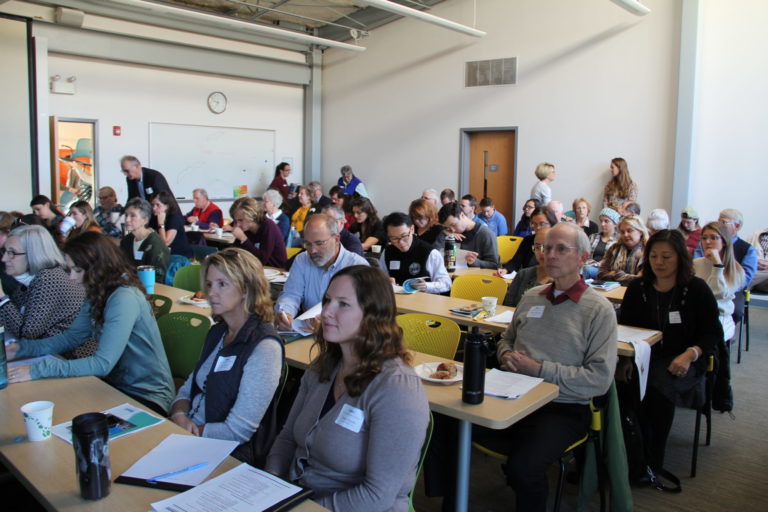 How To Combat Harmful Developments: April 30

Join us for this free virtual session from 6-8 p.m. on learning about the local government process for projects.